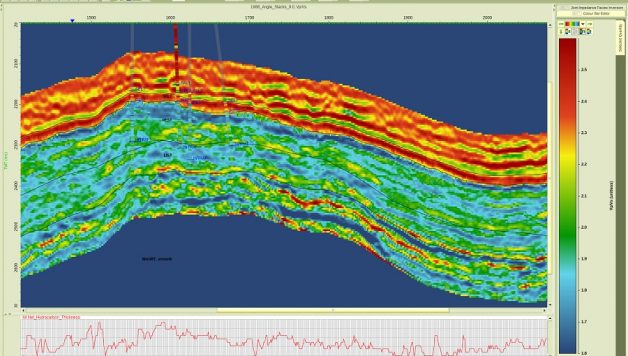 Seismic Inversion – Past, Present and Future

When it comes to seismic inversion and the recent application of it in depth conversion principles, most would be surprised to know that the technique is actually well over 40 years old and is known, in some iteration, to even the most experienced geologists and petro physicists.

We teamed up with the experts at welllogging.co.uk in order to explore the origins of, the current state of, as well as the future of seismic inversion within this article.

The Origins of Seismic Inversion

Interestingly, seismic inversion is a process which was considered quite redundant by the geophysics and geology industries until rather recently. While indeed, seismic inversion has always provided much more information about a well or a prospect than depth conversion alone, it was considered too much information, and the industry tended to see it as something to be avoided.

Ask any geoscientist or petro physicist the most fascinating thing about the industry all around them and they will likely respond with the same thing. Like most of the sciences, geoscience is something which changes and evolves, and more discoveries are found on a regular basis- completely changing what is fact and what is not.

Like most of the sciences, with discoveries comes questions. In the last 20 years, the understanding of the ground beneath us has changed utterly, and therefore more questions have been raised. Seismic Inversion has proved the only true answer to these questions, and the practise now is rather commonplace – best practise to any depth conversion project.

Seismic Inversion, over this 40 year period, has evolved, changed, and improved in myriad ways to truly afford valuable insight into a number of factors regarding the ground underneath us via increased utility in iteration after iteration. From working out principles of the earth such as lithology, to the porosity of the rocks below, seismic Inversion is a comprehensive way of learning the secrets of everything underneath our feet.

This of course has a world of application in the realm of seismic inversion- which by far exceeds the older seismic reflection method which was only really up to the task of identifying structures. At this point, this wasn’t enough and meant that seismic inversion in itself wasn’t considered its own process – more like a complementary process which was purely optional considering there were so many other ways of identifying the exact same thing.

Seismic Inversion has grown considerably and been improved upon year after year, and all manner of things have come to light, only capable of being found with seismic inversion.

Dedicated programs such as London-based Equipoise Software’s InSeis is specifically designed to cater for the Seismic Inversion problem, and this powerful tool allows for the conversion of seismic reflectivity data to acoustic impedance.

A seismic interpreter has never before been granted the ability to understand the data of what is underneath our feet – and the incorporation of coloured inversion as well as simulated annealing inversion allows the interpreter to use multiple means of identifying and categorising data.

Back in old times, it was not known that seismic reflection in itself could even hold useful information about the earth below – and now there are a number of processes and algorithms which can illuminate details such as porosity as well as liquids contained within said rocks.

This information is correlated with the older seismic inversion algorithms in order to provide a more-or-less accurate solution to geological issues. Coloured inversion, as well as simulated annealing inversion are relatively new processes which are part of seismic packages, and can derive layered impedance layers from seismic inversion models.