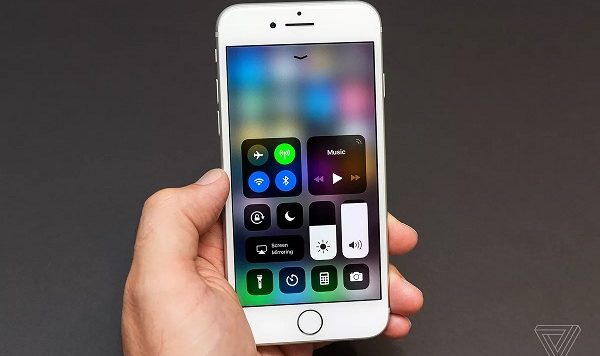 On September 19th, in anticipation of the newest generation of iPhones, Apple released the latest update to its operating system iOS 11. In the two months after its release it turned out only half of iOS devices had made the transition, a slower adoption rate than in previous versions. So is updating actually worth it? What new features can we find in iOS 11?

Those who bought a new device will instantly notice iOS 11 has a wireless transfer feature that can import settings, preferences and passwords straight off your old device. That should save a lot of time and make transitioning to a newer phone model much less of a hassle. New phone or not, everyone will notice numerous visual changes. The lock screen and notification center have been merged into a scrollable display of the current time, currently playing audio and recent notifications. The control center has been overhauled, now instead of the old three pages everything is neatly squeezed into one with sliders and icons. More importantly it’s easily customizable and lets you remove or add buttons or sliders to better fit your preferences. This lets you quickly access things you actually use often like wi-fi or brightness control instead of scrolling for them like you used to. iOS 11 has also received the oft-requested drag and drop function. Drivers will notice the new Do Not Disturb When Driving function which automatically detects when you enter a car and prompts you to disable everything aside from the most important alerts. Overall what might seem like some pretty simple quality of life changes actually makes a world of difference when using the phone.

The App store has also been redesigned. With large graphics and detailed articles describing the app and game of the day as well as other featured content giving it a more businesslike look, the podcast app has received a similar revamp. The new Files app lets you quickly access files on the device as well as across various cloud services. Similarly the new messages app synchronizes messages between iOS and macOS devices. Some of the most often used apps have also seen updates. The Photos app now supports the use of animated GIFs, Google Maps now has maps for some indoor spaces like malls and shopping centres, ApplePay now supports person to person transactions. Siri has seen updates to handle follow up questions, support language translation and has a new on-device learning feature that improves Siri’s suggestions by privately analyzing personal usage on different iOs applications.

App developers will be happy to see a lot of new possibilities. The new ARKit API lets developers create augmented reality apps with the use of the devices CPU, GPU, cameras and motion sensors. The new Core ML software framework is set to greatly improve the speed at which apps perform tasks involving artificial intelligence like image recognition. The Core NFC feature also opens tons of new possibilities by giving developers access to the near field communications chip inside the device which lets apps scan nearby environments. After all apps is what we use mobile devices for, the new possibilities Apple’s has opened to developers will make both iOS and the new iPhones even more attractive to users. Weather you’re a developer or just a regular user the benefits of updating to 11 are more than obvious.