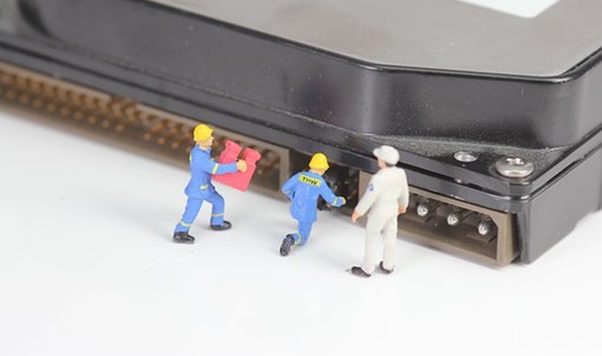 The Future of Data Storage

During the past 50 years, data storage has transitioned in dramatic ways. As years go on, raw data storage capacities have been steadily increasing. The current hard drives we use can store large quantities of data, which was unimaginable in the 1970s.

The good thing about these storage devices is that they are accurate while using mechanical and digital components, which require very little space. With time, the data we handle keeps on increasing. Therefore, it is crucial for modern computers to be able to process, store, and access more data as compared to previous systems.

Researchers are working on ways to increase the capacity and performance of storage media. Remember, huge volumes of data that can be processed at high speeds can be a game-changer for any business. However, you will need an experienced data developer to make the most of it. Below are some of the emerging data storage technologies.

In recent times, helium has been used to increase the capacity limits of hard drives. This technology is relatively simple as the drives are typically air-filled. Technological companies have announced the creation of helium-filled hard drives, which can store up to 10 terabytes of data.

Helium has replaced air because it uses less power when spinning the disks, thus encountering little resistance. With helium, the disks can cool while packing in more disks. Recently, Backblaze came up with a 360-terabyte storage pod containing 45 eight-terabyte helium drives. These helium drives are cheap, but the cost is expected to fall further in the future.

This hard-drive recording technology has been introduced recently. Like the helium-filled drives, the shingled magnetic recording enables drives to store data in higher capacities when compared to past storage methods. This is achieved by squeezing the data storage units closer together, which causes them to overlap each other and thus forms shingle-like structures.

The overlapping of data storage units enables you to write more data in the same space. With the writing of new data, the drive tracks have to be trimmed. You can still read all the data in the trimmed track without interfering with the integrity or reliability of the data. This drive is quite affordable but has a relatively lower speed. However, it serves well when used as a backup or archiving drive.

It may seem strange, but yes, DNA can be used to store some kinds of data. Scientists at Harvard University in 2012 managed to encode DNA with digital information. This included a book containing 53,400 words stored in an HTML format, 11 JPEG images, and a JavaScript program.

DNA allows for massive storage capacity with each gram storing up to 2.2 petabytes. This means that a tiny DNA drive can store all the data in the world. Not only that, DNA drives can also store data for as long as you want. However, the DNA technology has its limitations. It takes a long time to read, and it would be a lot more expensive if it were to be used today.

Cloud storage involves data storage where the digital data is kept on the Internet through a cloud-computing provider who handles and operates data storage as a service. The physical data is stored on several servers (mostly in various locations) that are usually owned and operated by the hosting company. The service providers make the data available and accessible while protecting the physical storage environment and keeping it running.

Individuals and organizations buy or hire storage services to store data of various types: user, application, or organization data. The best thing about cloud storage is that the data is kept safe, as it cannot be lost due to natural calamities, human errors, or mechanical problems. The data’s security is also guaranteed, as information is encrypted while in transit and at rest. The data is also available “anywhere, anytime.”

Some innovative storage technologies do not end up becoming mainstream or are not put to extensive use beyond research. Some of them include:

For almost a decade, scientists and tech companies have been working on holographic data storage. In 2011, GE demonstrated their holographic discs storage, which is a DVD-sized disk with a capacity to accommodate 500GB due to stuffing the data onto layers of tiny holograms (a different case from Blue-Rays discs, whose storage for the data is on the surface).

The holographic discs are further advantageous due to their relatively long lifespan, estimated to be about 30 years and above. However, the discussion of the Holographic Virtual Disc (HVD) is not very common today, especially with the going under of one of the leading manufacturers of the holographic drives, InPhase Technologies, in 2010, due to bankruptcy. All the same, the technology could be a prominent storage technology in the future.

Scientists are researching how data can be stored using quantum physics, for instance, a small portion of data stored onto the spin of an electron. Currently, this technology can only store very minimal data for a very brief period, in fact for less than a day. However, if this technology were to become more functional, then there could be instantaneous data syncing between two points in any place, all as a result of quantum entanglement.

With lots of innovations coming up, the landscape of digital storage is expected to change rapidly. Many computer experts unanimously agree that the above storage methods will be crucial in the creation of efficient and effective storage facilities.