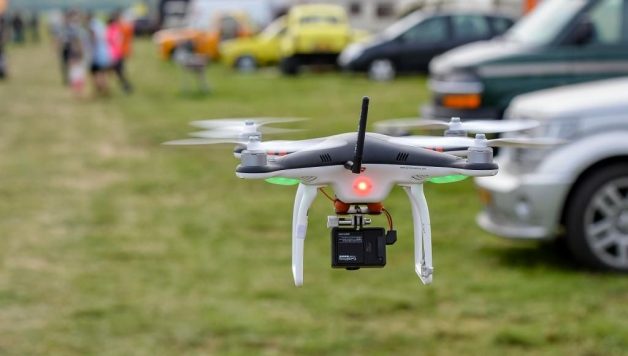 The 4 Uses Of Drones You Probably Didn’t Know

A drone is an unmanned aerial vehicle (VANT). At present, it has different functions that are fundamental within society, from commercial proposals to the rescue of people.

A drone would be like the classic aeroplane model but much more sophisticated. Its design with cameras, GPS and sensors of all kinds, was initially developed to be used in military circles, such as spy missions and even carrying war missiles to shoot remote control targets.

The drones are remote control handle (joystick type) or through applications for smartphones or tablets. There are currently different apps developed for iOS, Android and even Linux to pilot a drone, take photos and film. The companies that are dedicated to the development of this product aim to make it increasingly intuitive and easy to use for all audiences.

At the moment they already have several functions gained within society and many others that are in full experimentation phase. Click on the link for more information.

Here are the tasks that so far were tested with drones:

This seems science fiction: In Russia and Israel, the drones are already making pizza deliveries. In China, the SF Express mail company ships through small helicopters. The United States, this time was left behind in the trend as Amazon, one of the largest e-commerce companies in the country, released a video promoting the shipment of products in 30 minutes thanks to a drone. However, from the same company, they pointed out that this will not be possible at least, for the next five years since current legislation does not allow it.

Drones stand out for their effectiveness in borderline situations, especially in areas that were isolated or difficult to access. The importance of its use was demonstrated, for example, in the regions that were hit by natural disasters. Its flight speed allows travelling essential areas in a concise time. Enabling to take the necessary help, transfer of blood banks or in a previous phase to evaluate the required support in the area or the way of arrival to the place.

The possibility of flying at low altitude together with a high-quality camera that transmits in real-time allows the immediate recognition of people lost in forests . In Spain, LifeSeeker was developed, an integrated system with drones that will enable them to connect with mobile phones that were left without a signal and report their exact position.

Around the world, drones are used to access dangerous areas for humans. Such is the case of active volcanoes. The drones can take samples of the interior of the volcano and the ashes that it emits, allowing to predict eruptions managing to alert the nearby populations with greater anticipation. This information is also used to deepen the scientific investigation of the study of the centre of the earth.

Also, drones have been used to study and try to predict the path of a hurricane. These teams were sent to the eye of a hurricane in the United States that, taking temperature and humidity indices, allowed to predict the road and alert the population by reducing the damage.