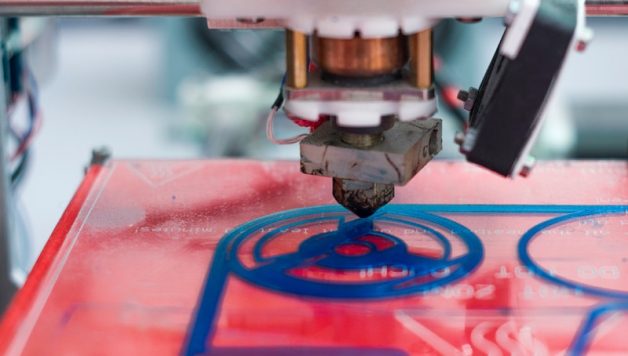 Medical supplies, non-perishable food, and clean drinking water—these are some of the essentialsthat usually get flown into or airdropped to a city, town, or village that’s recently succumbed to a natural disaster, armed conflict, and other types of humanitarian crises. These essentials aid not only in the survival of those left unharmed by the calamitous event, they also play a vital role in the eventual recovery of the community.

That said, have you ever heard of 3D printers being included in such lists of emergency essentials? As ridiculous as it sounds, it’s true—3D printing technology is actuallybeing used in  humanitarian effortsin ways that bring more value than simply helping modelers, designers, and hobbyists print out prototypes of their latest fun creations. In fact, this trend seems to be going on as far back as the 2014 earthquake in Haiti, with humanitarian NGOs such as Field Ready spearheading the use of 3D printers in calamity-hit areas.

If this is news to you, then readon as we explore how the 3D printer is proving to be quite an asset in aiding disaster recovery efforts.Before that, however, let’s have a brief review of what a 3D printer actually is.

The 3D printer: a brief refresher

So what is a 3D printer? Essentially, it functions the same way as any printer in your home or office: it prints computer-generated designs into something that you can touch, hold, and bring with you. The difference is that with 3D printing, it’s not about printing texts or images onto paper, but rather “sculpting”actual 3D models of the designs through a process known as additive manufacturing. This sculpting media is usuallymade of certain plastic-like materials such as PLA, ABS, Nylon, or PVA.

How is this achieved? Well, just like the dot matrix printers of old, a 3D printer ‘prints’ the model bit by bit—but from the  bottom up, using a tiny bit of the plastic material each time to construct what is essentially a slice of the model. This continues until the slices build up into layers, and then those layers build up into a complete model that you can touch and hold.

This printing action relies upon the highlyprecise motion components thatareintegrated into every 3D printer, such as linear stages or complete XY gantry systems. These components are crucial to givingthe 3D printer the super-precise movements it needs to replicate the computer-generated design into a real 3D model. As such, 3D printers equipped with XY gantry systems or some other type of motion solutionsare usually standard in the industry.

Due to its ability to quickly create 3D prototypes of computer-generated designs at very little cost, the 3D printer sees heavy use in many industries, especially those that require extensive prototyping of their own uniquelydesigned components or products.

Now that we’ve been refreshed as to what exactly a 3D printercan do, we can answer the question about how it is being used for humanitarian purposes.The main purpose of a 3D printer being deployed in disaster-struck areas is simple: to fulfill a community’s desperate need for spare parts, components, and tools that are critical to medical relief efforts and the operation of vital medical equipment and utilities. Examples of such objects are oxygen supply fittings, orthopedic and surgical supports, electrical sockets and power connectors, plumbing system pipe fittings, and others.

Some may ask, why not just fly in such supplies in the first place?However, asmany areas that are hitthe hardest during disasters are usually remote and far from civilization, bringing in a constant supply of parts and components like these can be very cost-prohibitive or even virtually impossible for the aid workers and the community they are trying to help.

Moreover, importing these spare parts often take up a very long time, from a span of days and weeks to even months. As a result, the recovery and medical aid workers that rely on these materials to continue their important work often get stalled by the lack of them. This further delays the humanitarian efforts being done by people working in disaster-affected areas.

By bringing a 3D printer alongside essential emergency aid supplies, a humanitarian organization can quickly and inexpensivelymanufacture all those spare parts on-site. This helps the recovery effort proceed as planned and without further delay.

Does it actually make a difference, though? Yes, it does! As stated earlier, 3D printers are seeing increasing use in disaster recovery and community rehabilitation efforts by NGOs, with US-based Field Ready pioneering it as far back as 2014in the aftermath of the Haiti earthquake.  During that very first trial, Field Ready’s responders succeeded in 3D printing medical supplies and parts that proved crucial to recovery efforts, materials that included butterfly needle holders, screwdrivers, pipe clamps, and gas cylinder regulators. They even managed to print a functional prosthetic hand out of just five moving parts, something that was unheard of the past, as prosthetics are often very complex and require expensive, painstaking tooling to produce.

They didn’t stop there, however. To this day, Field Ready’s members continue to utilize their 3D printing equipment and expertise in order to help remote communities recover or improve the lives of residents. In fact, 2018 saw them working heavily with health organizations and other NGOs in Nepal, supplying them with 3D-printed spare parts and medical tools. Moreover, they’ve also begun to train Nepali engineers in 3D design and printing, in the hopes of empowering them with the skills necessary to help their own people.

Not just for spare parts

3D printing’s humanitarian potential goes beyond the simple creation of spare parts for disaster-struck areas, however. As far back as the early 2000s, 3D printing technology has been leveraged extensively in modern medicine, with the earliest uses of it involving the creation of dental implants and customizedprosthetics.

It has since been used for a variety of increasinglyadvanced medical purposes, from creating detailed models of a specific patient’s anatomy for more in-depthphysical analyses and more precise surgeries, to “bio-printing” donor organs and tissue for organ transplantation. Of course, the latter application is still in its infancy, but many experiments and proof-of-concept studies in the vein of 3D printed-organs have seen enough success that numerous biotech and medical companies are already heavily investing in further developing such technologies for the future. With enough time and funding, these biological “spare parts” may be joining the pipe fittings and tools being printed for casualty-ridden communities when disaster strikes in the future.

3D printing technology may seem like it’s only meant for industrial, creative, or capitalistic ventures. But with how NGOs and the medical industry have utilized this specific technology for the betterment of society, we can safely say that 3D printing has more to offer the world than just giving us the ability to prototype our designs cheaply and efficiently. Only time will tell if its humanitarian role will expand further than it already has.