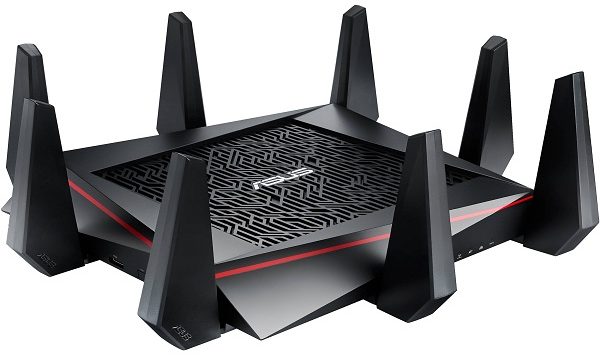 Are Tri-Band Routers Worth The Price

Routers are the kings of wireless communication. Now technology has evolved so much, that we are using 5GHz of speed and bandwidth. Initially, single bank router services made life easy with 2.4GHz speed and bandwidth. Then came dual-band routers 802.11ac, which became famous instantly. Then after changes in the spectrum and operating, speed new systems were introduced. These are tri-band routers. They use three bands. One band is of 2.4Ghz frequency. Other two bands are of 5GGHz frequency. Here routers have different bands because to give compatibility for the other devices. If the router has only one band, then it cannot connect to the router with different frequency band. If your router has both 2.4GHz and 5GHz bands, then the device can connect. The device with 2.4GHZ will connect with 2.4GHz frequency, and the device with 5GHz frequency connects to the 5GHz frequency. Here you can connect more than one device, and the total bandwidth is shared between the users. So tri-band router helps in some applications which may require more than two bands. As of now, these are not very popular. As of now, the dual-band routers are leading in the market.

Cost of tri-band router varies from company to company. But in general, the cost varies anywhere between $125 to over $400. The device will have add-on features like connecting your 4G modem and few other things. Biggest companies offer them at high prices with good warranty. The price is not fixed. Better to for some renowned company instead of low-quality routers.

Dual-band routers have 2 frequency of operation at a max of 5GHz of the spectrum. If you have more than three to devices in your house, which connects to the Wi-Fi systems, then it will cause problems. The problems may be sharing or streaming a 4K video from your desktop to your smart television. So by having two bands of 5GHz bands with one 2.4GHz band, you can stream 4K videos on your television. That is why these systems will have high demand in conference rooms. If you do not use high spectrum, then there is no need to having Tri-band routers. The 802.11ac standard is different than the a, g, b, and n standards of the routers. This standard will operate at the speed of 1.3Gbps, i.e., 1.3 gigabits per second. In tri-band, you will get two 5.2GHz spectrums. That means two 1.3 Gbps of spectrum speed. Simply put the tri-band router is to reduce congestion. Suppose you are driving on the road and your speed is high. Problem is the line has traffic. By reducing the speed, you will not reach in time. For the matter of fact even if you increase the speed still you will not reach in time. Because traffic is moving slowly. You have to follow the traffic with its speed. So how can you increase your speed? It is possible by adding a new line and reducing congestion. This is what tri-band router does.

Does the speed really increase?

No, it does not. The only thing that affects the speed is congestion. If no one is using your Wi-Fi, you will get good speed. If you are using a dual-band router, then you will get a speed up to 1.3Gbps. If you change it to the tri-band Wi-Fi, then the device will still have the same speed. So the effect is only on the congestion. Speed remains same at 1.3Gbps. If you have connected many devices to your router, then the speed at end device is low because the router is busy and the spectrum is shared. If you add one more band the spectrum share will increase and speed at end device will increase.

Should you upgrade your router? Is it worth to buy it?

This is a very simple question to answer. If you are connecting lot of devices at your home and you are facing the issue of bandwidth. Then an extra band will definitely help. The extra added Ghz will help your congestion value, in turn, it will help the speed of end device. If you are using one or two devices the output will not have a huge effect on the speed.

For the most relevant info and guides on how to choose the best gaming routers please take a look at Zilla Best – your go-to resource for product reviews and buyer guides.