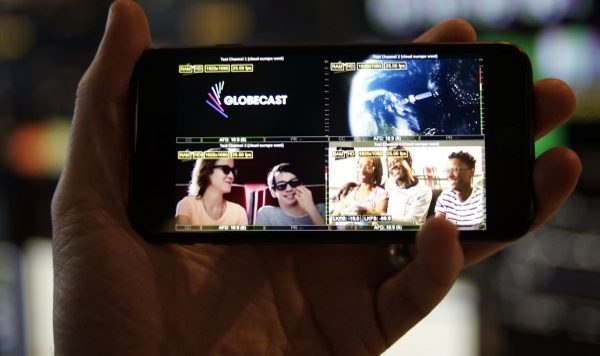 All You Need to Know About Cloud Playout Services

As the new forms of television like video-on-demand, OTT, streaming services are becoming more popular, the linear broadcast has been compelled to make some significant changes in its model. Internet and cloud technologies have been incorporated. The goal of the cloud is to ensure that particular hardware is used entirely by running multiple processes in it at a time. This increases the number of hardware resources that are utilized at a time. The cloud playout services also provide with pooling and elasticity which enables broadcasters to control different virtualized processes in the same hardware.

What Is Cloud Playout?

⦁ Playout refers to the transmission of TV or radio channels to the broadcast network from the broadcaster. The broadcaster network delivers the content to viewers via terrestrial transmitters for TV, digital or analog radio. The payout area is situated in CAR (central apparatus room) where the shared equipment of all the technical areas are located or in playout centers which are owned by any specialist company or broadcaster.

What are Playout Devices?

⦁ There is a transmission chain, and the video or audio signals take this path through a radio station. The playout devices are stored on computer-based devices that delivers videos, also called video server. After the content passes through the devices, there is an output which can be ASI/SDI/IP.

⦁ There are even other devices like Subtitling inserters, Graphics inserters, Aspect Ratio Converters and Audio servers.

⦁ The Subtitling inserters can be closed or open depending on if we want to add subtitles or not.

⦁ There have to be at least one graphic inserters, and it may have several layers. It helps in station identification via which the radio stations or network identify themselves by brand name on AIR or Digital on-screen graphic which is a logo that a station owns to identify their channel.

⦁ The aspect ratio converters alter the shape of the image or sends an embedded signal without which the material format can’t be altered, and hence there can be issues in displaying it on different devices.

The services provide with real-time and detailed insight in any video, audio, playlist or content via the broadcast chain. All the material is readily made available in the cloud, and the broadcasters have the control over the audience who can visit them, thus making it secure. As the material is stored in the cloud, the quality of the content is improved as the transcoding steps that take place in a regular workflow environment gets reduced.

Sharing of content was never this easy. Broadcasters can share data and metadata instantaneously among other business units at any point in the world and at any time. The markets can also be expanded as the data can be shared to ay new geographical locations.

As the cloud gives us full ownership of our content, it becomes more reliable, and the sharing rights are simplified. The content owner can share their data with the media companies and other niche markets and make money out of it.

The cloud playout allows creating channel almost anywhere in any time. Earlier, turning up a new channel was a tedious and costly process. Broadcasting companies need to make infrastructure, and the flexibility of the Internet had to be checked in the local area.

The video content is carried from a place to another via satellites. But, they are costly and also not much available, so the content that has originated and is uncompressed might go some changes due to compression. The same material has to go under decompression and then is send to the viewers.

The broadcast industry is trying their best to give users the best experiences by installing cloud playout. The traditional broadcast chains are undergoing changes, and there is going to be unlimited content soon.