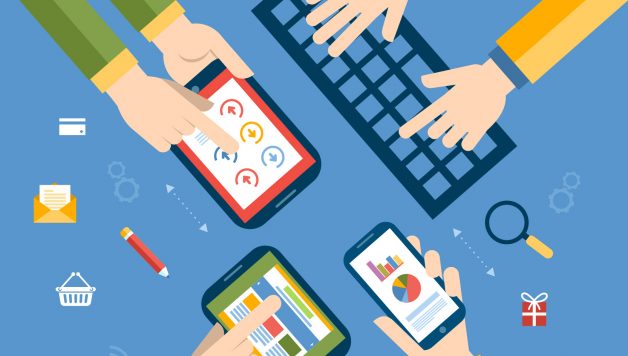 A look at what’s new in Web Applications

Learning a new web application can be very daunting. Not only is it very difficult to follow but also needs several hours of practice. We are now seeing more and more web applications hitting the market. New in this trend of information technology certifications is Ruby on Rails.

This definitely is one of the most fun and easy to learn web applications out there. The ruby on rails course is a complete package. It covers several aspects and hues of web development. It is an entirely new world in itself. It includes everything that one may need to build fantastic applications. It comes with another exclusive offer. You can learn it with the support of a large, friendly community.

Overview of the applications of this course

Rails is a web application development framework written in the Ruby language. It allows the user to write less code. This is done while accomplishing more than many other languages and frameworks. This is exactly what makes web development more fun. It defines the best way to do things and encourages the same.

Ruby today forms the core of several websites out there. Basecamp, GitHub, Shopify, Airbnb, Twitch, SoundCloud, Hulu, Zendesk, Square and Highrise are some examples. Here we have put across to you only the big names. Apart from this there are a series of websites built on this.

It has been proved that literally hundreds of thousands of applications have been built with the framework. It got released in 2004 and has been topping the charts eversince.

It is definitely one of the quickest frameworks to operate upon. This is the reason why it is extremely popular and relevant in the current age. Implementing this also helps to put several other skills to test. It helps one to relive their experiences of HTML and CSS.

This framework is developed with the aid of knowledge of several other concepts. One is these concepts is object-oriented programming.

The features of this framework

One of the prime features that struck us the most is that it is an open source software. It is entirely free of cost to use. Not just this, additionally the users are also allowed to help make it better. If numbers are to be believed, more than 4,500 people already have contributed code to Rails.

It is a framework which is incredibly easy to learn and pick up. One can become adept in this with complete ease. As compared to other frameworks, it is way more easy.

The mantra that guides them is “Optimizing for programmer happiness with Convention over Configuration”. That is how the developers claim that they roll. The framework has been amidst much controversy because of the same.

Mastery of this framework entails expertise over a few topics. These include the MVC design pattern, and how to communicate with databases to persist data. This course builds up based on knowledge of the Ruby course.