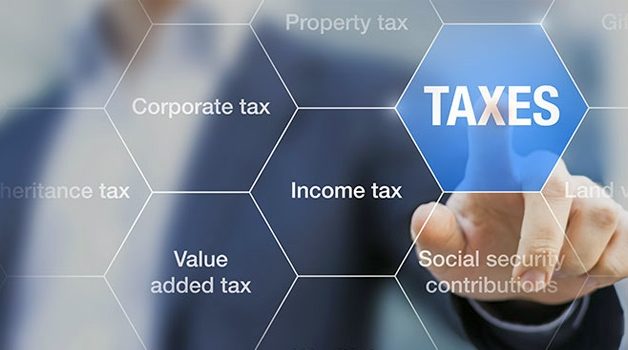 There Are Many Doubts In Everyone’s Mind Even After Almost 3 Years Of GST Implementation: Here’s Everything In A Nutshell

GST can be quite complicated, and there are still some lingering questions in people’s minds. Since it is essential to understand GST, given below is a list of common questions that people ask about the GST. Let us take a look.

What Are the Tax Rates Under GST?

Demerit goods are also taxed at higher rates to discourage their consumption. There are four tiers of tax rates which are 5%, 12%, 18%, and 28%. Earlier, we had a service tax that was at 15%.

Under the GST, these services will now be paying a higher rate of tax at 18%. However, there are some services, such as train tickets, that are at lower prices.

The lowest tax rate of 5% is for everyday goods, whose consumption is high. Then there are two standard rates of 12% and 18% that are for most products in the market.

The highest tax rate of 28% is for goods that were previously at a rate of 30% – 31%. Some goods that are demerit goods or ultra-luxury goods will attract a cess for five years, in addition to GST at the rate of 28%.

Which Taxes Will Be Replaced by the GST?

As we know, the GST aims to simplify the tax laws of our country. The GST is a single tax that has replaced several other charges which will no longer be collected.

Taxes that were collected by State Governments that have now been replaced are State VAT, Luxury Tax, Entry Tax, Central Sales Tax, Entertainment and Amusement Tax, Taxes on Advertisements, Taxes on lotteries, Purchase Tax, and so on.

How Will Tobacco and Alcohol be Taxed Under the New Regime?

Tobacco and other tobacco-based products will be taxed under GST. In addition to GST, the central government can levy Central Excise Duty on such products.

Alcohol that is prepared for human consumption is proposed to be kept outside GST. Apart from liquor, goods such as electricity, petroleum, petroleum products, high-speed diesel, natural gas, aviation fuel, are also kept outside the ambit of the GST.

For such commodities, the older taxation system of VAT plus central excise duty will continue to operate.

What is Dual GST?

Hence, these two GSTs that are levied by the states and centre are known as dual GST.

Why Do We Have Dual GST?

Since India is a federal nation, both the central governments and the state governments have different responsibilities and functions to perform. To carry out their tasks, both levels of government need revenue through taxation.

They have been provided with the legislative capacity to charge taxes on different types of goods. Hence, a dual GST that is used to divide resources between the two levels of government is required.

How Will Both CGST and SGST Be Levied on the Same Transaction?

The Central GST and the State GST is levied on the same transaction, except when exempted goods or services are concerned.

You should know that both these taxes will be levied on the same price of the goods or services. This tax is unlike the State VAT, which was collected on the amount that included the CENVAT.

You should also find out more about gst no verification and clear tax gst to help clear any doubts that you may have. Since GST is a complicated system, it is understandable that you have doubts regarding it. It is advisable to do as much research as required for you to have a clear picture of GST and how it works.