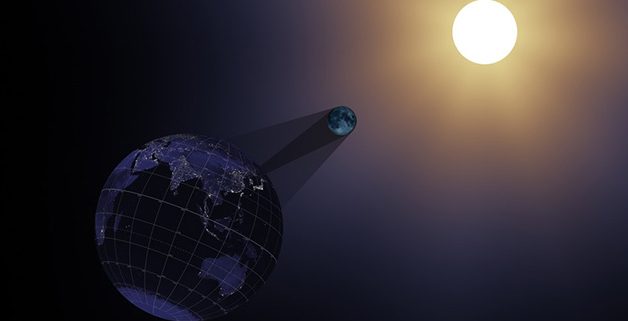 Are apocalypse-level storms myths? Do these topics stop at sci-fi level?

The apocalypse level storm was beautifully dubbed by Richard Carrington. Richard is a British Astronomer. He has discovered many links between geomagnetic disturbances and solar activities. As a part of the Carrington Event, the 1859 storm was dubbed.

At the Carrington Event, the northern lights were projected far away. They were as far as Rome and Cuba. People from North Eastern USA were able to read newspapers and write letters with rays from the Aurora.

The storm had adverse effects! According to many telegraph operators, sparks were seen everywhere. Their equipment produced bright sparks. Some of these sparks were strong enough to start fires.

In this connected world, solar storms can cause nasty disasters.

After a severe solar storm, satellites responsible for GPS services can break down. Disruption and unplanned power outage will affect the quality of GPS services. Within few seconds, the entire planet can be disconnected. This means much more than social media networking or phone calls.

To begin with, ground-based cables and wires are likely to burn out. This will disrupt power to businesses and homes. Trying to spot and repair issues is a difficult task. Without power, hundreds of cities and towns will suffer. The outage may last for hours or even days. The 1989 solar storm collapsed the Canadian Hydro Quebec Power Grid. More than 6 million Canadians lived without power for 9-long hours. This proves the severity and after-effects of solar storms.

What makes things difficult would be the unpredictable nature and our inexperience with intense solar storms.

The impact doesn’t stop with homes and businesses. It can have a negative impact on infrastructure too! This includes hospitals and banks. Soon, we will not be able to use our e-healthcare systems and automated teller machines.

In this modern, hyper-connected planet, the risks of losing healthcare, ATMs, and internet is fatal. When GPS services and the internet goes down for days, the real problem arises. People will experience a wide range of inconveniences. For example, they will not be able to make payments, receive money, use mobile applications, navigate from one place to another or even talk to their dear ones. Businesses will lose everything stored in the cloud. This can mean millions and millions of dollars for big companies.

Storms as big as the Carrington Event can destroy several fleets of satellites. This will result in damages worth billions of dollars. The planet’s global telecommunications network will be completely wiped. In fact, we will not be able to figure out that a storm had happened. Soon, everyone would be disconnected. The change will happen suddenly.

When towns and cities blackout for days, maybe weeks and even months, businesses will begin to lose billions of money.

The American Geophysical Union (AGU) told that electricity blackouts caused by extreme weather in outer space can cost 40 billion USD a day. AGU made this prediction based on economic costs and has not considered supply/demand chain loss.

American Philosophical Society and NASA have better and more accurate estimates. A modern Carrington Event can cost 1 to 2 trillion USD in the first 12 months. And, it will take a decade to fully recover.

If a similar event happens, the internet of things will be under severe threat. Even today, small GPS outages can cause serious losses and huge ramifications on economy and communication. But, try to imagine a world where everything gets connected. What would happen if every person, city, and vehicle is connected! Wouldn’t the world become vulnerable and bleak?

“Mobility as a Service” is considered as the next big thing. With this model, very few people will own vehicles. Cars will be connected and can be accessed with just a push of a button. In fact, vehicles will be able to communicate with one another. All these vehicles depend on the internet to stay connected. When this connectivity disappears, a series of accidents will happen. And, people will no longer be able to travel around!

This level of connectivity doesn’t stop with transport facilities. It is increasing rapidly in offices, hospitals and logistics companies. A wide range of businesses depends on the internet of things.

The Canadian Space Agency is trying to understand the impact of intense solar storms. Most of the studies are based on the Carrington Event. Pierre Langlois, a Scientist told CBC News that space weather can be related to death. It is very easy for us to speak! But, no one here has died before!

Space weather is quite similar to Canadian earthquakes. Earthquakes are very rare in Canada. But that doesn’t mean it would never happen. Everyone knows that the disaster is going to happen someday or the other!

It is very difficult to protect earth from solar storms. Mankind can do little (literally nothing) to avoid solar storms. These storms are bound to happen once in every 500-years. Of course, the smaller storms cause fewer damages. Experts are concerned if a storm would happen or not. Instead, they are focused on “when” the next storm will happen. Since we are extremely connected, it is important to understand how the storm can impact our plant.

For more news from the telecom industry, visit Acanac’s blog.