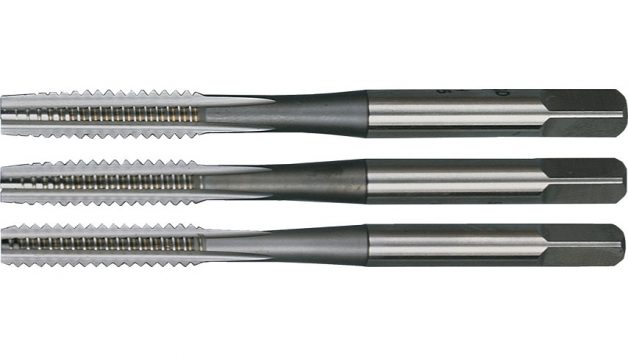 Metric Thread Taps are common throughout the world

What is a metric thread tap? What are the specifications?

Metric thread taps follow International Standards set by ISO and these were one of the leading products to do so. These taps are specified with the letter “M” followed by the diameter of the thread and pitch of the thread. They are separated by a multiplication sign and are expressed in millimeters as per the ISO. For example,

Here 14 is the nominal diameter of the thread, M specifies the metric type of thread and 1.25 is the pitch of the thread. All the dimensions will be in millimeters. These taps are available in both Right Hand (RH) and Left Hand (LH) class.

The taps are usually used in the form of sets; Taper Tap, Second Tap & Bottom Tap. A taper tap is used to start the threading process. The second tap is used next to the starter tap, and this tap can also be used as the only single tap to thread the hole with precise specifications. A bottom tap is primarily used to thread the bottom of a blind hole. This tap is used finally after using taper tap and the second tap. From gaugestools, you can order them as individual taps or in sets. In American region, second taps are called plug taps, but in the European area, the bottom taps are known as plug taps. So, customers are suggested to mention as Taper, Second and Bottom to avoid miscommunication.

What are the advantages of metric thread taps?

They provide higher friction and so, the loosening of the thread is minimized.

They have higher strength because of higher thread thickness. This property reduces the wear and tear of the tap.

It is easier to manufacture accurate high precision metric thread taps. The process is less complicated providing a greater yield.

In fluid tight applications, these taps can provide higher performance by avoiding leakage. The most common application is the threading used in water bottle caps.

There is a wide range of size specifications and tap tolerances available at Gaugestools. The company is specialized in manufacturing Metric Thread Taps and a high quality service to the customers. Multiple payment methods and fast shipping methods are the best examples of the customer service. The company supports worldwide shipping in which it usually takes 3-5 days for the product to be delivered. The company also has, express shipping options to support customer’s urgent requirements. So, you can order now to receive the ISO metric specified thread taps in next 3 to 5 days.