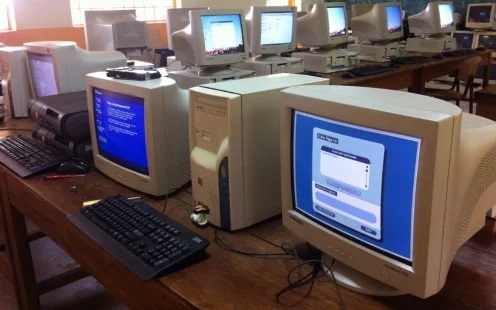 History of Computers: A Brief Overview

Have you ever sat down on the couch and thought about what you are going to be doing for the rest of the day? Have you brought in your laptop and thought about opening up a new browser and searching through the internet find something to help kill the time? Maybe you thought about how your laptop works and how it is much better and faster than your old computer. It is important to look back on the history of commercial computers, such as the one you are reading this on, and learning how computers have developed over time and become such an essential part of our everyday lives.

Before you decide to spend the day researching single board embedded computer systems, take a minute to look into the history of computers to get a better understanding of where they came from. One of the earlier purposes of computers was to compute mathematical calculations to aid in whatever problem was being tackled that day. Back in medieval and ancient times and even beforehand, tally sticks were used as counting devices for record keeping. Another form of a computing device as a counting rod that was typically used to count grains and livestock during the era of the Fertile Crescent. During the period of 150-100 BC, tools such as the astrolabe, which was used by both navigators and astronomers in order to measure positions of celestial bodies at any time of the day, or the Antikythera mechanism, which was an analog computer that was used to predict eclipses and determine the positions of celestial bodies in the near future.

Moving forward in time, Charles Babbage, otherwise known as the “Father of Computers” designed and developed the first computer that was mechanically powered during the 19th century. He created both the mechanical computer as well as the Analytical computer, which proceeded the mechanical computer. Punch cards were used to provide the computer with data inputs. After another jump in time, the modern computing era started following the conclusion of WWII. In 1940 Konrad Zuse engineered the Z2, which was an electromechanical relay computer and incorporated relay circuits that were electrically powered. These developments would lead to the Ferranti Mark 1 in 1951. The Ferranti Mark 1 had an increase in the primary storage available and was able to compute faster than any computer before that. The Ferranti Mark 1 would be known as the first commercial computer produced. Following 1960, microprocessors were being used in third generation computers. Hybrid circuits were also incorporated in the IBM systems. Some of these computers used over 100 bytes of RAM and a CPU that was capable of moving at 12 MHz.

Commercial computers would continue to grow and be produced at a rate greater than we would ever know. Larger computer companies would produce computers with processing power and RAM beyond our wildest dreams. In today’s world, it is almost impossible to travel anywhere without seeing how computing as aided in the way we live as a society.