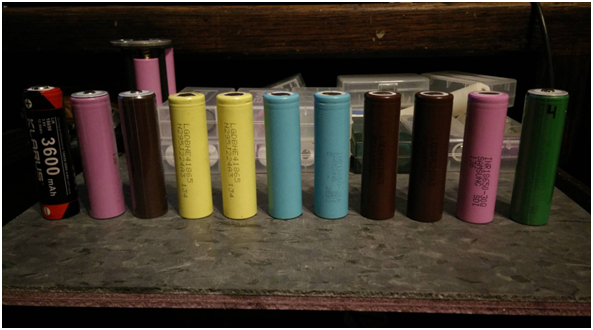 Nowadays, 18650 battery has become more and more popular in our life. It can be used for flashlight, latop, smartphone, or any other device that needs to be rechargeable.

The price of this battery is not cheap at all. If you don’t know some tricks to maximize its lifespan, you will have to replace it earlier.

Below are 5 tips to take care of your batteries during the period of using:

One of the biggest mistakes when using 18650 batteries is that you let it fully discharged, then you charge it up to 100%. To understand why it’s a mistake, let’s find out how to count the lifespan of a battery.

In fact, the life of any battery type is not based on the number of charging times. It is counted depending on the time your battery releases fully 100% (or 1 cycle count). Some popular batteries in the past like Nickel Cadmium (Ni-Cd) or Ni-MH have memory effect. That means you can only recharge after using 100% of their capacity to avoid declined battery age.

However, 18650 batteries (or lithium-ion batteries) are different. They don’t have memory effect, so you can charge your device at any time you want. Even if you charge your battery after using just 30% of its capacity, the cycle count will only be counted when you continue using another 70% of its capacity.

In fact, 18650 batteries prefer partial discharge to full discharge. Imagine, if you continuously run 52km, you will absolutely be exhausted. But if you run 3 – 5 km per day, it would be good for your health. Lithium-ion batteries are the same. It was recommended by experts that you should charge your battery when it still has 20% capacity left.

2. Never Stop Using Your Batteries For A While:

A lot of people think that after being stored for a long period of time, 18650 batteries can still be used as usual. However, you shouldn’t store them for too long. Its capacity will still be reduced even if you don’t use it. You cannot protect the capacity of a battery by not using it for a while. 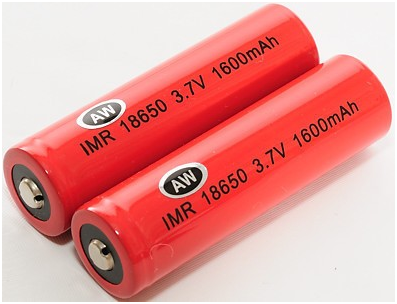 For example, many laptop users often remove the batteries from the laptop, which is really harmful to the batteries themselves. Its impact is as huge as letting the battery fully discharged. So, don’t over-protect your batteries by not using it!

Heat is one of the main factors having direct impact on the life of a battery. Although temperature is not too imporant for smartphone, it’s a huge problem for laptops. Normally, you had better charge or put your batteries in a room temperature, from 200C to 250C to protect the capacity of the batteries.

According to many researches, those batteries protected at an average temperature tend to reduce about 20% of their capacity after a year. However, if you put them in higher temperature, their lifespan will finish earlier.

Many people have the habit to leave their laptops or other electronic devices in a car or motorbike trunk while parking out under the sunshine. That’s not good for your batteries at all. It’s similar to putting your batteries in an elevated temperature. So, if you also have that bad habit, just give it up!

This might be a tip that you have already heard about because it’s been spread widely on the internet. When you don’t use your batteries in a certain period (maybe several days or several weeks), you can store them in a cool place or somewhere having a lower temperature than the average level. That would help to protect the capacity of the batteries.

Some people even suggest storing batteries in the fridge. This may work if you adjust the temperature to be cool enough. Remember, never put it in the freezer because harsh temperature can also be harmful to your batteries capacity.

Besides, it’s not good to store the batteries in fully-charged status. Instead, you should store them when they still remain 40% – 50% of their capacity. This trick has been proved by many researchers and studies before, you can try it whenever you don’t need to use any battery or have a spare one.

5. Don’t Use Your Batteries Continuously:

The final tip you need to know when taking care of 18650 batteries is: Never use it too much. Although we mentioned above that it’s not good to stop using your batteries for a long time, you need to use it frequently, but not continuously day by day.

For example, if you use a laptop to play heavy games for a long time, it would be much more harmful than just surfing the webs for several hours. It’s also like running 200m quickly in a short time and running 1km slowly in a longer time. The latter will be more comfortable.

So, the final thing you need to notice is: Don’t let your batteries relax for too long but also don’t force it to work too much!