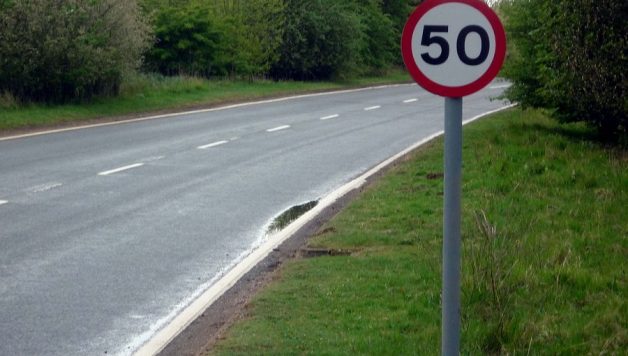 5 Important Things You Should Know about Speed Limit Signs

Traffic signs form an integral part of traffic rules and the speed limit signs grab the utmost importance when it comes to safety measures and traffic solutions. We would definitely be aware of the famous saying, ‘Self-help is the best help’. It is time to implement the same in our lives to succeed. As a first step, let us learn everything that we need to about speed limit signs. Among many serious causes of dangers due to traffic, speed tops the list. Traffic Logix focuses on this aspect and presents to you few important things that you should know about speed limit signs.

We see numerous traffic signs all along our way, but not every time and everyone would understand what exactly they mean. Let us learn about these signs. Maximum speed limit would be expressed as a concentric pack of numerals enclosed in a circle. The maximum upper limit is conveyed inside a red circle. For instance, if 100 is written within a red circle, then it means that 100 kmph is the maximum speed limit and drivers should not exceed it.

Speed limits are set after examining various parameters like condition of the road, situation of traffic, consequences, and more. As a result of the same, the speed limit boards mention specific speed limit values for specific vehicles and roads. The board clearly mentions the value with the vehicle it is referring to. Also, the nature of the roads would be specified with the value in the other cases.

The speed limit values are assigned after considering all the parameters – both technically and geographically. We actually do a favor to ourselves by following the speed limits as the speed at which we drive has a direct impact on our environment. The limited speed helps improve and maintain the quality of air and other affecting factors.

Once the speed limit is specified along your path, it is not that you have to follow the same limit all through your journey. There are special signs called derestrictions, which mark the end of the speed limitation. Moving further, you may come across different speed limits or you can follow the general speed values. The derestriction signs are as simple as a normal speed limit board, but there is a line across the value to signify its termination.

Speed is believed to be a major cause of accidents. So, following the speed limits would certainly help us secure ourselves from traffic hazards.