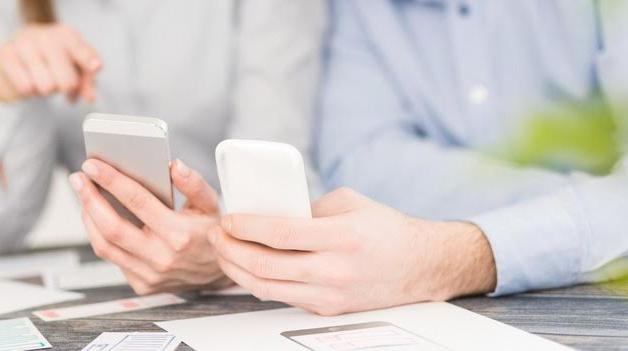 How does a mobile app get from being just a concept to a fully functioning piece of software? Not by accident, that’s for sure. No, creating useful mobile apps requires a dedicated team of professionals following a step-by-step process that moves from concept to design to eventual launch. If they do it right, the results are exceptional.

Software development teams consist of various members with different skill sets all working together to create something special. Keeping the team together and moving forward is the responsibility of four key team members:

None of these four key team members is more or less important than any of the others. Think of it in terms of our three-branch system of government. Each branch has its own jurisdiction independent of the other two, but still in support of those branches. Take one branch out, and the whole system fails.

The software development team with solid people in the key positions will generally succeed as long as those people do the job expected of them. If just one key team member is not getting it done, the entire team falls apart.

Every software development project needs to be overseen by a project manager. The person holding this position is responsible for supervising the entire development process, from start to finish. He or she may be an experienced mean stack developer or someone specializing in a particular form of development but with a knack for seeing the big picture. At any rate, all the little details are the project manager’s responsibility.

In mobile software development, the UI/UX is essentially the user interface and the first layer of the underlying structure behind it. It must be designed in such a way as to facilitate full functionality in a package that users find not only easy to use but also appealing. You can have the greatest app in the world from a technical standpoint and still fail due to a poor user interface.

The lead interface designer’s responsibility is to oversee the design and implementation of the user interface. He or she needs to be able to envision what it will take to connect with users. The job requires creativity and a clear command of what makes users take.

Coders are the workhorses of mobile app development. They write all the underlying code that makes a mobile app work. As for the lead coder, his or her job is to oversee the tedious work that is coding. Sometimes the lead is a specialist in a particular area, such as node.JS development for example, and other times he or she has a more general knowledge of multiple platforms.

The quality control engineer in mobile app development is similar to quality control personnel in manufacturing. He or she needs to be involved in the development process at every stage to make sure that quality is ensured from start to finish. Not paying attention to quality can lead to poorly designed and built apps that do not meet customer specifications.

Austin-based iTexico.com a software development firm with operations in both the U.S. and Mexico, relies heavily on the development team concept to produce high-quality work. They say that the four key positions described here are necessary to make things work. If you do not have solid players in those four positions, the team will not function very well.