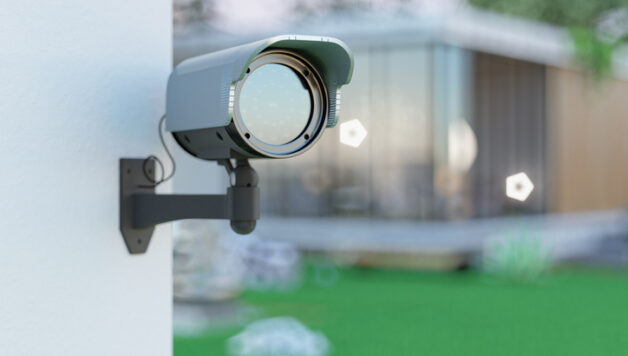 What is the Difference Between Surveillance and Security Cameras?

Owning a home or business means you can’t keep track of everything. It is a relief that technology now allows us to set up cameras everywhere since we cannot physically be present around. Those who own businesses or residences should prioritize security camera installation or surveillance cameras. However, one of the most common first-search inquiries concerns the distinction between surveillance and security cameras.

What is a surveillance camera

Today’s surveillance cameras are typically placed in public areas to provide a constant record of the space below. Surveillance cameras are increasingly being put in homes, businesses, and other public spaces alongside other security measures to enhance safety and deter criminal behaviour. If a crime happens, the captured footage from these cameras can be used as evidence.

IP networks enable remote access to surveillance cameras and allow the transmission of captured footage to a safe location. This increased recording length is beneficial for security monitoring. Surveillance cameras can be expensive and difficult to set up because of all their functions and because they often need to be part of larger security systems, including video displays.

What benefits do you get from using a surveillance camera?

They can deter criminal activity

The presence of surveillance cameras, even if only inconspicuously placed, can be an effective deterrent against criminal activity. Once the thieves realize they are being observed, they will give up their schemes.

You can remotely view the feed.

What is a security camera?

In addition to monitoring the exterior and interior of a building, security cameras, also known as closed-circuit television cameras, can be placed virtually everywhere. Transmission of signals from a designated region to a remote monitor is the primary function of security cameras, which are primarily intended to keep an eye on the things you care about most. Some surveillance cameras must have professional installation, while the end user can set others up.

Security cameras are great because they can be set to only record whenever motion is detected, which helps save resources like power and data transfer. In addition, high-tech motion detectors and infrared night vision equipment can spot motion at any time of the day or night. Security cameras provide high-definition views of the inspected area, allowing you to see exactly what you’re searching for. When coupled with other security systems, such as a doorbell that will enable two-way communication, these cameras create an all-encompassing feeling of protection.

What benefits do you get from using a security camera?

They can monitor suspicious activities

Having security cameras installed is a terrific method to keep an eye on who comes and goes from your property. This can help you keep an eye on things at home or in the office and reduce crime in high-crime regions.

You have a record of criminal activity

Especially now that security cameras include high-quality audio and video, they are great for collecting proof of any unforeseen or anticipated events. Because of this, identifying those responsible for crimes is facilitated.

What is the main difference between surveillance and security cameras?

Cameras used for surveillance are usually not disguised and are placed in plain view to keep an eye on a public space. However, security cameras can only record whatever happens in their vicinity of them and transmit that data to a recorder in real time, either digitally or by a cable connection.

In contrast, security cameras can record video and audio and send it onto a Network Video Recorder for later playback and storage. When security cameras identify motion, an alert can be sent to a user’s phone through email, messaging, or an app. Cameras with remote monitoring and live streaming capabilities are beneficial for security personnel.

These days, the consumer can pick from a wide variety of cameras. However, what distinguishes surveillance cameras from security cameras? The answer is conditional upon your specific business or house owner’s requirements. For example, surveillance equipment could be the best bet if you’d like to keep track of things without permanently stationing someone at the scene. This type of camera includes pre-recorded video storage capacity that can retain up to 10 days’ worth of information before replacing old files with fresh ones. It may make more sense if you require equipment that can detect motion to start capturing footage automatically.