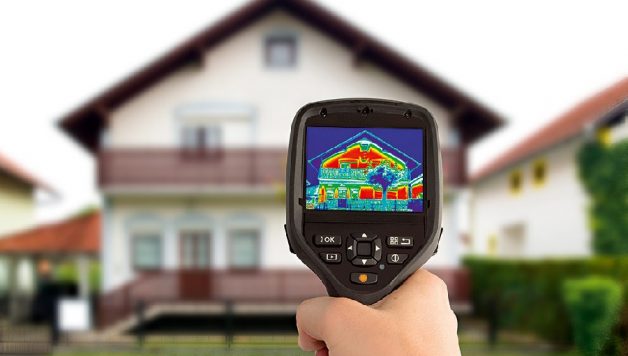 What Are Thermal Imaging Cameras Used For?

Thermal imaging cameras, also known as infrared cameras, were first developed during the Korean War in the early 1950s to aid with night time combat. The existence of infrared light though was discovered much earlier, by William Herschel in the 1800s. Infrared (Infra in Latin meaning ‘below’, so infrared translating as ‘below red’) is the term given to light or radiation that is not visible to the eye. Herschel’s early experiments demonstrated that all objects absorb and reflect energy, and that different materials will give off heat and cold energy at different rates. The thermal imaging camera looks at a different section of the electromagnetic spectrum than the human eye. In simplistic terms, a thermal energy camera captures how much heat energy is radiated from an object.

The technology of thermal imaging cameras has of course moved on since the 1950s and these cameras are now used in many different industries. Because the cameras display a thermal profile of an object in relation to the objects surrounding it, they are incredibly useful for seemingly seeing through walls and for use in the dark. For instance, a person, warmer than the surrounding air appears ‘white’, while cooler objects in the vicinity, such as buildings, will appear in varying shades of grey. This technology enables us to ‘see’ objects and conditions that we wouldn’t normally be able to see in normal light, a useful tool for many professions. Some examples of how these cameras can be used are given below.

One of the best examples and most well-known uses of thermal imaging cameras is the police force and military, where cameras will often be used in the dark to spot a person of interest who may be hiding and invisible to the naked eye. Police helicopters can use thermal imaging to capture suspects hidden in groups of trees or dark areas and as previously mentioned, they are extremely useful for night vision in combat situations.

Firefighters are another profession that make use of these cameras. They are invaluable in localising hot spots in fires, seeing through smoke and rescuing people trapped in burning buildings. The cameras come into their own when disasters such as earthquakes occur, as the technology can be used to detect survivors trapped under rubble from their body temperature, enabling rescuers to focus their efforts on exactly where to dig during rescue operations.

The cameras can be used to aid medical diagnosis both in hospitals and veterinary environments and often removes the need to carry out exploratory surgery or other procedures. The thermal camera can detect hot or cold spots in joints, veins and skin to detect problems and can often be used to make quick diagnosis. They have also been used in airports to detect passengers who may have a higher than normal body temperature. When a disease is rife, such as the Ebola epidemic for instance, any passengers travelling from affected countries can be scanned and quarantined to prevent the spread of the disease.

More and more now we see thermal imaging cameras being used to improve energy conservation. They can be used to check that insulation is installed and in good condition. They can also locate air leaks, and detect moisture, helping to control heat escaping or mould growth. They can also be used to diagnose conditions such as overloaded electrical circuits. Some examples of how they can be used in buildings are:

Thermal imaging cameras are particularly useful to archaeologists, allowing them to ‘see’ below the ground surface to determine where best to dig. They can be very useful in locating unmarked graves and can also be used in aerial archaeology.

Of course these are the most common uses for these cameras but there are many more applications to which these cameras can be used and much depends on the needs and imagination of the user.