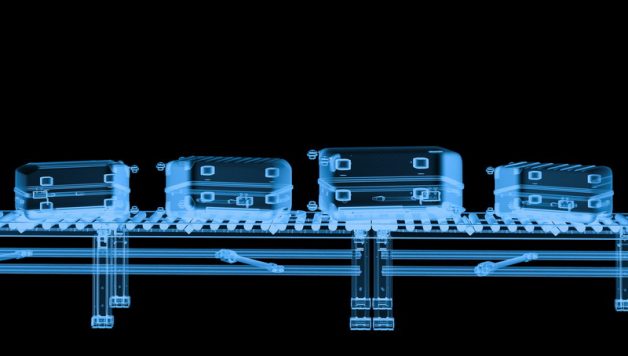 Is There No End to RFID Applications?

At Rock West Solutions in Goleta, California, each new day brings a fresh set of challenges to engineers and designers working on the latest RFID applications. These engineers work on everything from custom RFID signal conditioning to advanced signal detection software that pushes RFID to its limits. The question is, what are those limits exactly?

Right now, there doesn’t seem to be an end to the number of RFID applications companies like Rock West can come up with. RFID is all around us. From our credit cards to virtually every item sold at retail, embedded RFID chips are transmitting data to customized receivers. The data is then manipulated in any number of ways by software designed to do something specific with it.

Most people would probably be amazed at how much RFID technology they interact with every day. Below are just a few examples.

How many of us have lived through the nightmare of lost luggage? When a bag is lost, you first have to go to the airline’s baggage department to file a claim. Then you have to wait around until they figure out just where your bag is. It might be delivered to your home a few days later – if you’re lucky.

Lost luggage is becoming less of a problem as more airlines adopt luggage tags embedded with RFID chips. New RFID applications are giving airlines the tools they need to track baggage from the moment it is checked in until the moment it leaves the destination airport. Not only is this good for quickly locating and retrieving lost luggage, but it also reduces the likelihood that luggage will be lost in the first place.

Back in the late 1990s, we began to see the emergence of child leashes. These devices were, and still are, physical leashes that keep children in contact with their parents at all times. But what if there were a better way to keep track of kids without treating them like pets? There is, and it is all due to RFID.

A number of new wireless solutions utilizing RFID transmitters and receivers are now on the market. The transmitter may be disguised as a pin or pendant attached to a child’s clothing. The receiver is a hand-held device carried by the parent whenever the family is out and about. As long as receiver and transmitter are communicating with one another, all is well. Once that communication is broken though, an alarm sounds.

Central Florida is known as the Amusement Park capital of the world thanks to big names like Disney and Universal. As such, the entire Central Florida region is densely populated with tourist attractions. It turns out that growing numbers of tourism businesses are utilizing RFID technology to keep track of tourists and simultaneously keep their vacations in sync.

You might be visiting one of the area’s major theme parks after having gained entry using a plastic ticket or wristband. Embedded in that ticket or wristband is an RFID chip that constantly broadcasts your location. You might be walking by a restaurant when you see a push notification on your smartphone reminding you that you can order lunch with the theme park’s app. That reminder is brought to you by way of RFID technology.

The good folks at Rock West Solutions are working on RFID applications for some pretty serious stuff related to industrial, medical, and military operations. But there is plenty of less serious RFID technology all around us – even if unseen.