iPhone Application Development Trends to Look Out For in 2018

The role that mobile technologies have taken up in our lives is so vast and widespread that it is impossible to point at particular aspect as the most definitive. From basic everyday tasks to complex business process management, the importance of mobile devices is on the rise. In order to cope with the ever-evolving user demands, mobile devices themselves have evolved over the ages. Today, the average smartphone or tablet comes conveniently equipped with powerful processing units that could easily match that of computers of only half a decade ago. 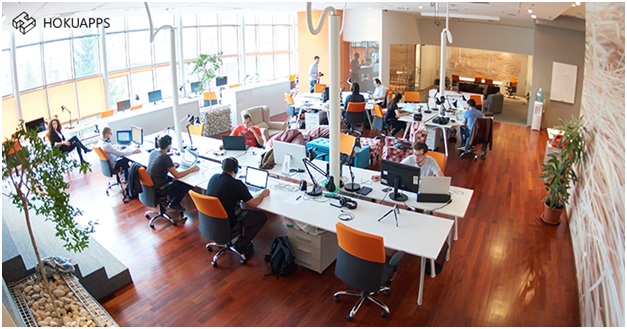 As impressive as these devices are in themselves, without the logic that guides them they are little more than very expensive bricks. The entirety of potential of mobile devices is materialized only through the applications that enable them to undertake various tasks. From making calls to ordering food and even simply setting an alarm requires the launch of the specific application.

Mobile applications continue to revolutionize the way we live and work. Applications are at the heart of the transformation we see around us. One of the most prominent of these is the notion of Industry 4.0 or the Fourth Industrial Revolution. Based largely on data exchange and automation, the idea Industry 4.0 is heavily dependent on the implementation of applications that are capable of processing large volumes of data and creating cyber-physical systems or ‘digital twins’.

Mobile applications are opening up avenues of possibilities that, previously, could only be accessed in the pages of science fiction. However, when it comes to mobile application development, one of the most important questions is that of the platform.

Which is the best platform for mobile application development?

There are various mobile operating systems but the two names that appear as obvious choices for developers are iOS and Android.

When it comes to mobile operating systems, both Android and iOS have carved out areas of dominance for themselves. For instance, Android leads iOS in terms of market share. About 86% of the devices currently in use run on Android operating systems. Despite the large user base, iOS apps have been known to generate more revenue per user than Android. Let us look at some of the other key areas where these two giants differ from each other.

Demographics: The dominance of Android across the mobile applications market is not, contrary to popular belief, evenly spread through various geographies. If we were to take a look at the various markets, the picture becomes clearer. Android has a stronger presence across regions like South and Southeast Asia, APAC, Eastern, Central, and Southern Europe, the African continent, and Central and South America. iOS, on the other hand, dominates the market space in regions like North America, Western Europe, Scandinavia, and Oceania.

Device Standardization: One of the greatest differentiators between Android and iOS is the range of operating devices. Due to its proprietary nature, iOS devices are standardized making them more compliant to a base app build. Android, on the other hand, is open source. Meaning nearly anyone can build a phone that runs on the operating system. This means Android has no protocol that needs compliance with device build. This is one of the reasons why the range of devices are so much wider for Android (smartphones, smart TVs, tablets, and so on) that for iOS.

Development Tools: Android and iOS, apart from the above factors, majorly differ in terms of development tools and process. Android primarily uses Java while iOS uses object-oriented programming (OOP) languages like Objective-C and Swift. Another difference is that Android apps can be developed using both Windows as well as Macintosh systems, whereas iOS specifically requires a Macintosh system for development.

Both these mobile operating systems have certain areas of strength and weaknesses. However, both businesses and developers are showing greater interest towards iOS applications in anticipation of the trends on the horizon. 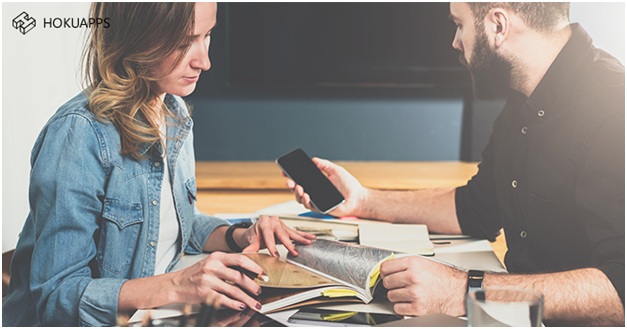 There have been various versions of Swift that has provided upgrades to the existing structure. However, with the introduction of the newest version — Swift 4.1 — iPhone application development is set to evolve further. Perhaps one of the greatest factors of this new version is its open source development. Meaning a community of developers, both from within Apple as well as outside, contributed to the development of the platform.

A couple of advantages this version offers is the faster and easier use of strings with the need to access characters and the exclusive access to class memory.

Apple’s Core Machine Learning framework allows developers to create intuitive applications that perform at impressive speeds. The integration reduces the response time of apps. Another major feature of this framework is the ability to incorporate computer vision machine learning features into the application.

However, in contrast to the average machine learning frameworks, Core ML is much easier to use. Designed to optimize the on-device performance of apps, Core ML reduces the memory footprint thereby minimizing power consumption.

Apple’s ARKit: It has been some time now that Augmented Reality (AR) has been the buzzword in the iPhone application development sphere. The spotlight on AR has grown to a crescendo with the unveiling of Apple’s ARKit. Various applications have already implemented AR technology like games and m-retail stores. However, the possibilities of AR are far beyond just these applications.

One of the most impactful areas of AR implementation can be navigation. Using AR to provide real-time directions placed in reality, navigational apps can provide an experience like never before. Another major impact of AR is the interpretation of reality. Apple’s ARKit is specially equipped for this task. By using a technology called World-tracking, it can determine the nature of the environment — slant or flat — on which to place the augmented object.

One of the biggest reasons for the popularity of iOS amongst businesses is the continuous app quality across all devices. Due to its stringent release parameters, enterprises put more faith in iPhone apps.

iPhone application development is one of the most lucrative projects and when done right, the results are beyond simple monetary gains. Like some say, one good app can change the way we see the world. While it is important to keep an eye out for trends, it is also important to understand the little details of the app development process to truly be successful.